Leila Alikarami is a globally-respected lawyer, human rights advocate and academic. In 2016, she was the Sakharov Fellow in Human Rights. In 2009, on behalf of the women of Iran and the One Million Signatures campaign, Leila received the Anna Politkovskaya Award from Reach All Women in War. Leila obtained her law degree from University of Tehran and her PhD from the School of Oriental and Asian Studies (SOAS), University of London. Leila grew up in Tehran, Iran. Now living outside of Iran, Leila works to raise awareness of the injustices faced by women in Iran and the Middle East. She has written several academic books and articles on legal issues in Iran, as well as many opinion editorials on human rights. Her book, Women and Equality in Iran: Law, Society and Activism was published in 2019.

Can you tell me about your work as a woman human rights defender?

My passion for human rights and women’s rights was something that has always been with me since my teenage years. I studied law and worked representing women in family law. But then, I saw that it was the discriminatory laws that had to change. I worked on the One Million Signatures campaign to collect signatures to change discriminatory legislation. When most of the active leaders of the campaign were arrested, I was one of the lawyers who defended those activists in the revolutionary court. In 2008, I left Iran and came to the UK to do a Master’s degree. I did not go back to Iran. I stayed, studied and got my PhD. My thesis was on gender equality and women’s rights in Iran. And as the legal situation for women in Iran is still discriminatory, I am still working to change that.

Can you speak to the role patriarchy plays in the Middle East?

If you look across the region, the challenge in most of the Middle East is the same – patriarchy. The patriarchal system exists because of the way some religious texts have been interpreted to say that men have priority and advantages over women. It is important to highlight “interpretation” of the religious text. In countries like Iran, legislation is based on Sharia law, but it is a dogmatic interpretation and it is that interpretation that has been translated into the legislation.  Patriarchy is rooted in religion. It is rooted in culture. And it is rooted in tradition.

Women in Iran are challenging discriminatory laws, and the government sees them as opponents. Women human rights defenders are seen as a threat to national security.  Women activists are persecuted, arrested, and imprisoned.

Women activists are working in a context of conflict throughout the Middle East. What impact is this having on women human rights defenders?

When societies and countries are stable and secure, it is easier to talk about human rights and there is an openness for women activists to manoeuver. But when there is a threat against the state, whatever the root of that threat is – sometimes it is a military threat, sometimes the government is afraid of its people or the opposition, sometimes it is an economic crisis – when the government doesn’t feel safe, the civic space for human rights activists, and especially space for women human rights defenders, closes.

Women are also considered to be the core of the family. If the state wants to undermine the work of women activists, all it has to do is attack them by saying that these women are destroying families, society and that they are against the moral principles of their community.

How are governments specifically undermining the work of women activists?

Governments apply different tools to silence women activists. Women activists want to bring about changes to discriminatory practices, or they are involved in other movements — for example, the environmental movement, or student activism, or worker’s movements. The problem is, in the Middle East, patriarchy, religion and the state are intertwined and linked to each other. This makes it difficult for women activists to do their work. If a woman is challenging a discriminatory law, she is accused of being against the families, against religion, tradition or the core values of their culture and society. The government undermines women so that they lose face in society. They take away their identity as women human rights defenders. They are called Western spies and they are made into the enemy.

Governments target women activists, and sometimes their families are also targeted. The persecution of family members makes the women feel guilty and this is very likely to lead to self-censorship. Some women don’t give interviews, or use their real names, all because of fear for the safety of their families. The same holds true for travel bans. It isn’t just to ban women activists from traveling. Travel bans, imprisonment and persecution are not only directed at the women activists, but at their family as well. All of this is done to silence the women human rights defenders.

How is the COVID-19 impacting the work of women activists?

COVID-19 is severely impacting the work of women human rights defenders. Women are already working with existing and severe limitations. And now, COVID-19 is making this worse. Firstly, work is impacted because of limited funding. COVID-19 will make the economy worse. So, who will be getting less in the aftermath of this crisis? Women human rights defenders won’t be the priority. And secondly, in terms of security, now everyone is focused on COVID-19 and no one is talking about attacks on women activists or even the violence that is happening against women in their communities and in their homes. After COVID-19, it will be worse for women and women human rights defenders. Progress made is being stalled. It will be difficult to recover from this.

What strategies for resistance are being employed by women activists?

Women activists are in a difficult situation. The government has a variety of tools at its disposal: media, funds, legislation, the judiciary. It is difficult to mobilize against all the resources of the government. But, it is important for women activists to think strategically about the changes they want to see. Regionally, women human rights defenders have already found ways forward.  Women are building on the experiences of women activists in other countries – connecting with each other across the region. Despite the challenges, women activists are finding ways to move forward. 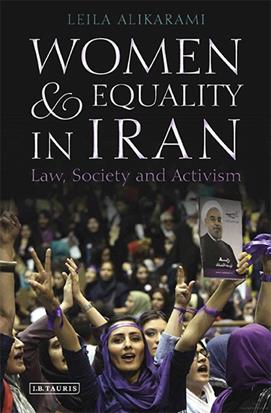 Reach All Women in War

Women and Equality in Iran: Law, Society and Activism