Joumana Seif is a Syrian activist and lawyer. Her father, a dissident member of Parliament, went to prison multiple times for his criticism of the Assad regime and Joumana’s family’s textile factory was taxed into bankruptcy. In 2012, Joumana fled to Germany. She works to bring women’s voices to peace negotiations aimed at ending the war in Syria. She is a co-founder of the Syrian Women’s Network and the Syrian Women’s Political Movement. Established in October 2017, the Syrian Women’s Political Movement is Syria’s first women-led political movement dedicated to protecting women's rights in a free and democratic Syria. Joumana recently co-authored (with Wejdan Nassif) Words against Silence. The report looks at the imprisonment of activists in Syria.

Please tell me about your work as a woman human rights defender?

I started my activism working for democracy in Syria with the Damascus Spring in 2001. Now, I work to defend political prisoners in Syria. I work with Syrian women because I have seen how women are specifically targeted. We believe, as Syrian women, that the revolution in Syria is for freedom, dignity and equality. I am a co-founder of the Syrian Women’s Network. In 2017, we established the Syrian Women’s Political Movement. We realized that it was the time to act politically and so we built a political movement to make sure that women are empowered politically—a feminist front for political action. Professionally, I am working for the European Centre for Constitutional and Human Rights. I work on international litigation with a focus on the detention centres in Syria and the crimes committed there – torture, killing, sexual and gender-based violence.

Can you talk about your report Words Against Silence and the treatment of women prisoners?

First of all, I have to mention that our report, Words Against Silence, was based on two [issues]: patriarchy and how dictatorship and tyranny affects lives. The Syrian regime actually invests in patriarchy. It does this to exclude women. And the regime benefits from patriarchy when women are excluded from political life and public life. Women are imprisoned because they are women human rights defenders and political activists.  They are living with fear and risk. Women are subjected to imprisonment, humiliation, torture, sexual violence.

Men and women are treated differently in Syria. The men, when they are released from prison, are treated as heroes. But women, women are stigmatized because they were imprisoned. Shame is one of the aims of imprison[ing] women.

We need to raise our voices to call for the release of political prisoners, but also for to society to understand the special situation women face both in prison and when they are released. It is a double burden because they are women. When a woman is released from prison, families ask one question: Did they do something to you? It is their way to ask about rape. It is the only thing they ask about because rape will bring shame to the family. Some families don’t want to say that their daughter was in prison because it is a stigma for the family. Unfortunately, this a part of the Syrian mentality and Syrian society.

Since 2011, women human rights defenders in Syria have been targeted. Women are targeted by the regime to be arrested.  And not just to be arrested but to spread rumours about them. These women who are arrested can be sexually abused. And regime knows the sensitivity of this claim, especially in the Syrian community. They are blaming and shaming the women because they are activists. Women are being blamed for their treatment in prison because they should know better than to be activists. And this is what the regime wants. This is how the regime manages to push the families of the women to prevent the women – daughters, sisters, wives – from being part of the revolution. So, there is pressure both from society and the regime not to work for human rights. The regime also uses Syrian woman as the cheapest tool of war. Women are taken as hostages by the regime. They arrest women to exchange for soldiers held by the other warring parties. Women are arrested, imprisoned, tortured because they are women.

What is the impact?

In areas under the [Syrian] regime’s control, activism is very, very low. There is no space for freedom of assembly or speech. What the regime has managed to do is to make us afraid of everything. Women don’t want the ordeal of imprisonment and abuse to be repeated. They don’t want to be arrested again, so they stop their work. In the Islamic-armed-group-controlled areas, activism is forbidden. Although some women still try, they are putting their lives at risk. It is different for the diaspora. Those who managed to arrive to Europe, we speak out and work for the women still in Syria.

How are women activists contributing to peace?

Syrian women are strong and believe in human rights and equality. We are demanding at least 30% representation of women in the peace negotiations. And we are looking for more international pressure. An important role for the international community to play is to push for women’s participation in the peace process. Women are showing that they deserve to be at the peace table. We will not accept anything less than 30% representation at the peace table.

How would you like the international community to support women human rights defenders?

Accountability. We cannot achieve peace without accountability. The European Centre for Constitutional and Human Rights has filed complaints under universal jurisdiction to investigate and litigate against crimes committed in Syria. German authorities must prosecute sexual and gender-based violence in Syrian detention centers for what it is: a crime against humanity. This is the aim of a criminal complaint that seven survivors of torture in Syria submitted in June 2020 to the German Federal Public Prosecutor. The complaint is directed against high-ranking officials of the Syrian Air Force Intelligence Service and National Security Bureau. Also, the first trial worldwide about state torture in Syria started in Germany in April 2020 at the Higher Regional Court in Koblenz. And as part of the team working on this trial, I am supporting the witnesses and ensuring that women’s voices are heard.

These accountability efforts must be supported internationally. The criminals who committed crimes cannot go free. Women need to see that crimes committed against them will be punished.

Women have been imprisoned, tortured, and they have nothing. No support. If we help them, we are also helping their children and their communities. The international community needs to help these women rebuild their society. And, especially now with the coronavirus, politically push for the release of detainees. Detainees need to be freed. 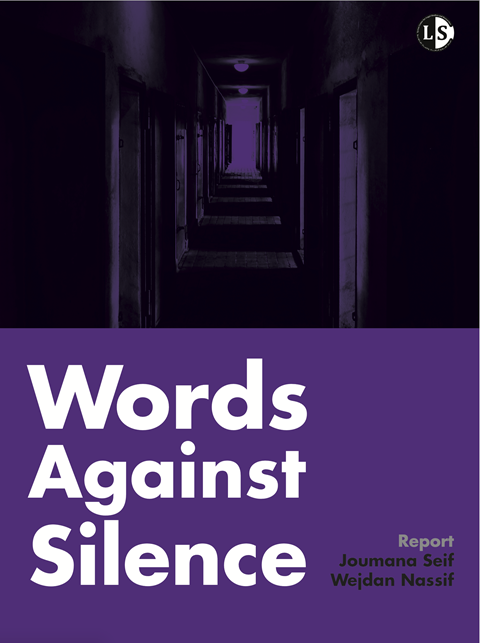