With the long weekends out of the way it’s finally time to embrace summer. It’s been a rough year—rough few years? Rough few millennia? You need a break. We’re here to help. The Nobel Women’s Initiative’s Summer Signal will keep you informed of all your vital global feminist peace news without having to sift through a million depressing headlines. It’s self-care for your brain. And we promise to always include something nice. Keep reading for your weekly update and subscribe at the bottom of the page! 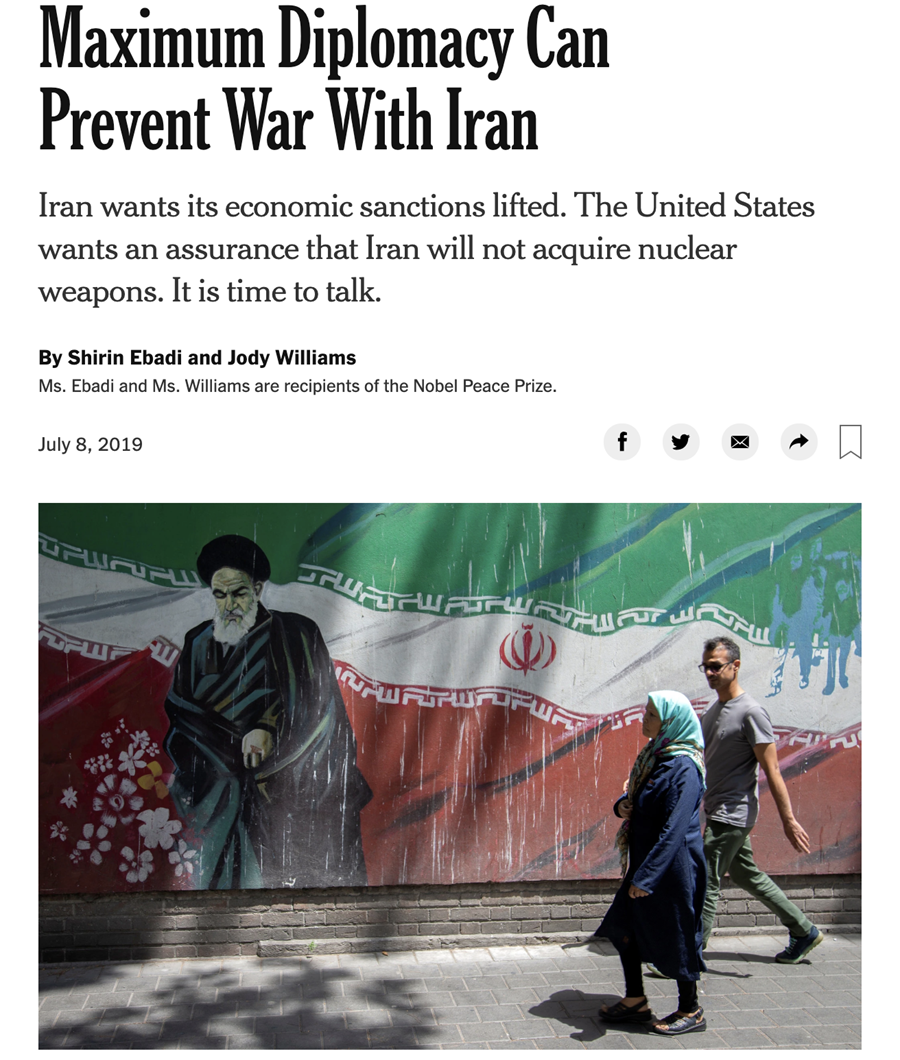 And another fascinating take from Co-founder and Executive Director of International Civil Society Action Network (ICAN), read Sanam Naraghi-Anderlini‘s piece on the different players—”the war whisperers”—and their positions in promoting armed conflict with Iran. Spoiler alert, it has nothing to do with human rights or democracy.

Pediatrician Dolly Lucio Sevier was not prepared for what she found when she evaluated dozens of sick migrant children held at a Border Patrol warehouse in Texas. There, she recorded evidence of infection, malnutrition, and psychological trauma—all of which advocates hope will force the government to improve conditions.

Yep, that hurts. When a situation like this is so bleak, it’s easy to feel powerless. Migrant children are facing horrifying conditions—including overcrowding, unsanitary environments and cruel treatment. But we can help change that. Here are 7 things you can do to help immigrants and refugees. 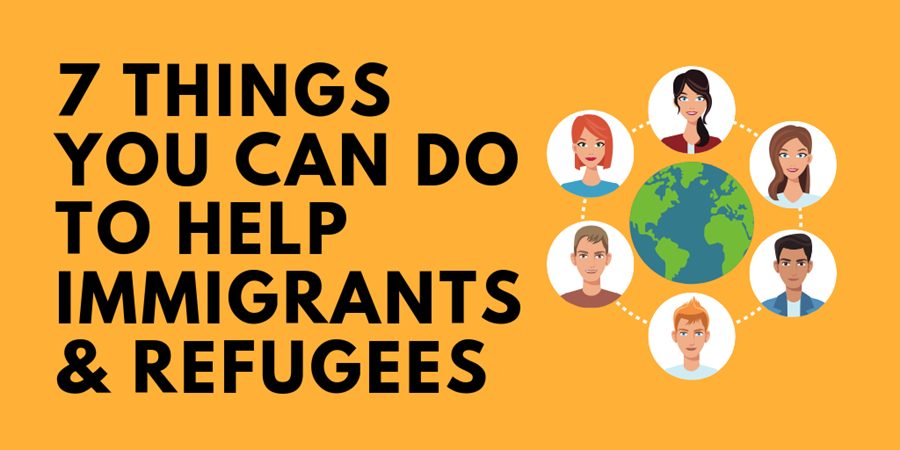 Powerhouse feminist peace activists Christine Ahn, Gloria Steinem, Abigail Disney, Suzy Kim and Nobel peace laureate Jody Williams, write in TIME about the enormous potential of Trump’s talks with North Korea. But before there can be true security on the Korean peninsula, there must be peace. #KoreaPeaceNow

Women in Sudan are at the forefront of the peaceful revolution—they bear the scars to prove it. Now with a new power-sharing agreement reached between protesters and the country’s military council, Sudanese women can finally see the promise of a democratic future.

On World Refugee Day we were lucky to host three members of the Syrian Women’s Political Movement — Ziva Gorani, Muzna Dureid and Jomana Qaddour— to discuss their experiences and share a feminist roadmap to peace in Syria. Watch the entire conversation here and check out highlights here. 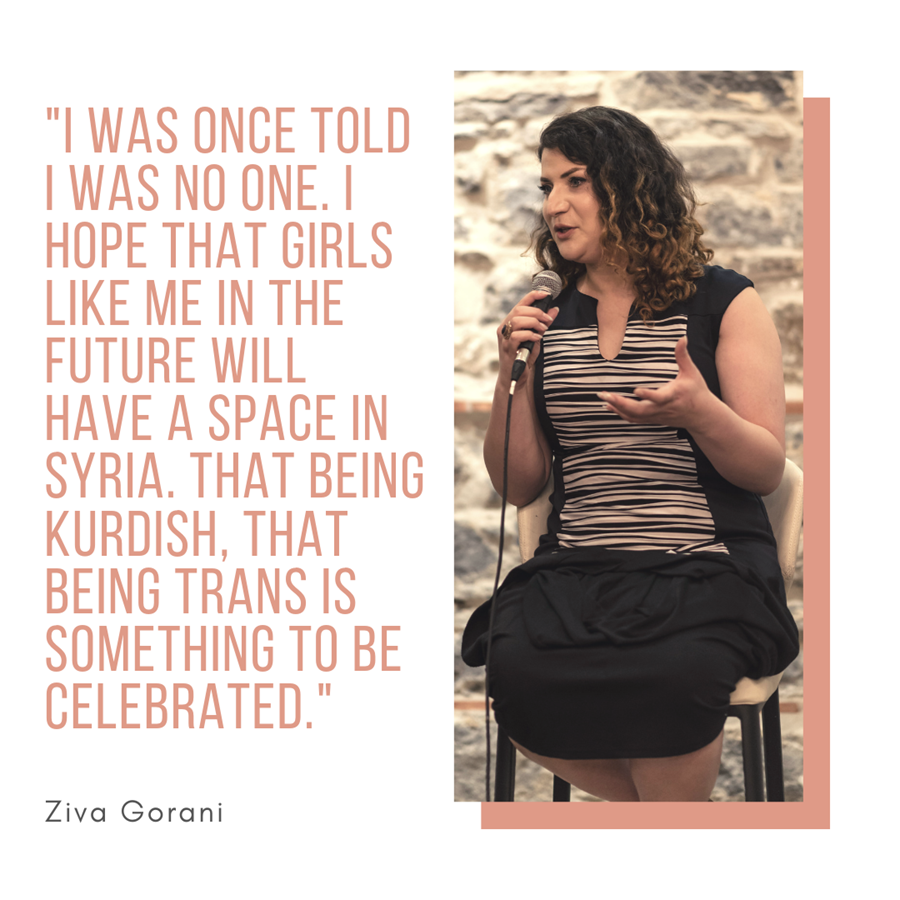 Read about the incredible young leaders spearheading the global movement for climate action, also known as generation Greta! From the Netherlands to South Africa, youth are organizing to call attention to the crisis and, you know, actually do something about it. Phew.

According to climate monitors, last month was the hottest June on record around the world. Warming temperatures contribute to droughts, forest fires, ice melting, and rising sea levels — all of which exacerbate inequalities for vulnerable populations like women, girls, and Indigenous peoples. Not so hot.

In May we co-hosted a groundbreaking summit with the Gbowee Peace Foundation Africa in Liberia — Claiming Our Space: Emerging Feminist Voices for Peace! Young women activists from over 20 countries around the world joined five trailblazing Nobel peace laureates in Liberia to build a global feminist peace movement. Check out the highlights here! 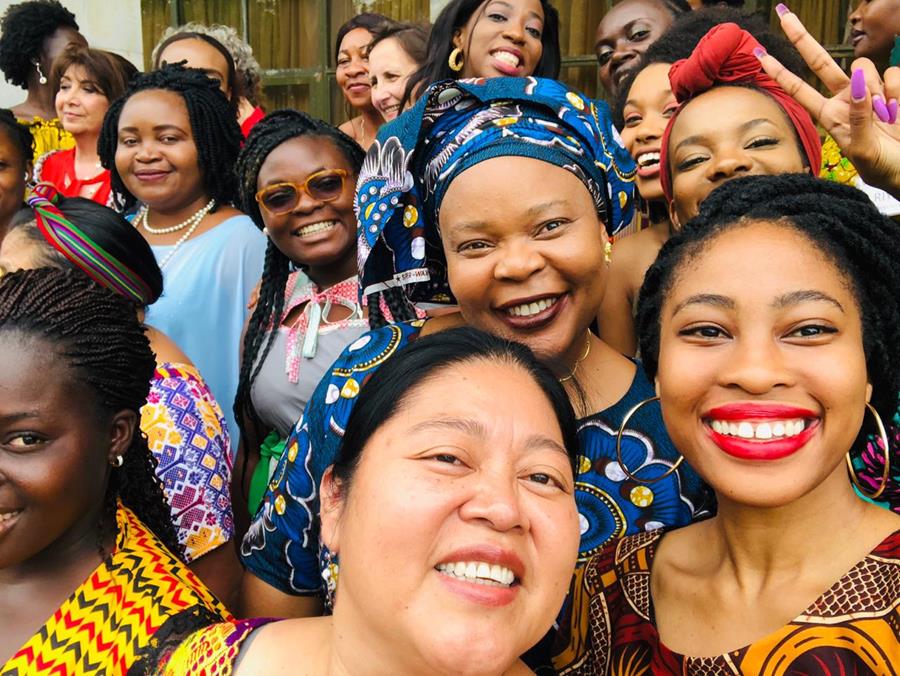 Last but not least, do you know an amazing young First Nations, Métis or Inuit woman leader focused on social justice issues and working with a First Nations, Métis or Inuit, social justice, or peace organization? Our Sister-to Sister Mentorship Program supports peace and women’s rights activists to strengthen their media and advocacy skills! The deadline for nominations has been extended to July 26 for Indigenous applicants. Click here for more info.